New Stuff I Got Goin On

Well, I'd say that was quite a sabbatical!  I didn't know I'd be gone for so long.  It was an extended blog nap, I suppose.

I shouldn't say that.  We did have some sort of progress but not in how we expected.

After the last meeting we discovered that Justin's lawyer was a moron.  I'm sure he had plenty of good qualities, but helping us was not one of them.  The least worrisome of his moronic behavior was his inability to call us back with information we needed..... until we fired him.  Then he knew our phone number really well!  He could dial those digits lickety-split.

Justin, the good egg that he is, didn't want to fire him.  He felt bad that this man put 5 years of work into our case and we were going to give him the boot.  But, as I told him, it was five SHITTY years of work.  He was horrible!  No one could believe that this case wasn't settled and at the last meeting, Justin was told that there were two more doctors that needed to give depositions and then....blah blah blah blah blah.  My theory?  "This jerk isn't going to be sending us Christmas Cards and checking in after this is over!  He's gonna take his cut and run.  He doesn't give a rat's ass about us.  Who cares about him?!"

We were directed to a different firm through this wonderful person at Allstate who helped me grow up and pay attention to my meager investments (I thought the money would do better if I just ignored it and let it do its thing....okay, so investment-wise I'm as much of a moron as that lawyer we fired).  Here's what happened next:

Lawyer called us back in 24 hours
They got all of the records from the moron lawyer
Shit is happening!   Be still my heart.

Who knows what's going to happen.  At this point, I've relegated myself to "financially screwed for eternity" until someone tells me that there's a position opening up in the "show me the money" department.   Keep your fingers crossed for us, 'kay?

Speaking of my husband.... you know how they say "You know who your true friends are when your life isn't going well?"  Well, he is a living testament to that statement.  Totally true story.

When I met him, he had a bunch of friends that he hung out with.  Some separately.  Some in a group.  Every time one of these people needed help.... like their tv broke, or their heat went at their business, or they wanted something he had that was super expensive so they asked if they could make payments and take it now.....he was there.  Need money?  He'd lend it.  I never had a friend give me a vehicle and let me pay them off.... whenever I could.  Those people did though!  He was a gem of a friend!

Do you know where those people are now that we don't have cash with spare to share?  Me neither.

I think about it and I'm disgusted by how friendly they were when they had their hands out, but once we were in a bad spot, NOT ONE OF THEM has called to see how he is or if he needed anything.  I shouldn't be surprised.  They're probably afraid he'd ask them for something, much like they did to him for years.  The sad part is that Justin feels bad about it.  The only good part is that it weeded them out.   I swear if we are ever in that financial position again, they will never see a red cent.  Bad bad bad karma!!

I'm done venting.  I really had no intention of going through all of that when I sat down here.

If anyone is on a tear with books and looking for some gooders to read, let me know!  I've been ripping thru them on audio since Christmas.  I've been working a lot and when I work a lot, I miss Allie.  And when I miss Allie, I get depressed.  And when I get depressed, I eat a lot of crap.  So, audio books distract me from how much I miss my little peanut, therefore I don't eat.

About 8 years ago, I was dating a guy who dumped my sorry ass.  I was pathetic.  I remember feeling like Monica from "Friends" when she and Richard broke up. 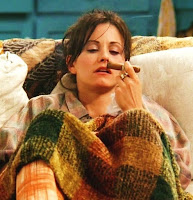 I was living by myself and I would drive the 5 blocks to my dad's house and sit and cry on his shoulder (literally!  he watched tv and I just cried.)

One night, as I sat with my head on Dad's shoulder and my big box of tissues on my lap, I realized I had two different shoes on.  I scanned upward and noticed that my sweatpants had a hole in the crotch and my flannel shirt was totally buttoned wrong.  To top it off, I hadn't even combed out my hair when I got out of the shower that morning.  I went into the bathroom, looked in the mirror and said to myself, "Self, you need to get a grip!"

I went to my therapist and he advised me to do two things..... pick up a hobby and move around whenever I started thinking about my now ex-boyfriend.

So, I did two things.  I took my dog for a walk every time I got weepy (he was the happiest he had ever been!) and I decided to write a book.  I know.... it's a big hobby, but I'm notorious for biting off more than I can potentially chew (literally AND figuratively, as now I also have TMJ)  I sat down and began to write.  And write.  And walk the dog.  And write.  I learned that when I'm miserable, I'm a committed writer!

Unfortunately, a few months later, my husband swept me off of my feet and I stopped writing.  I learned then that when I'm deliriously in love, I'm a crappy writer.

And so sat my little novel.  For eight years. 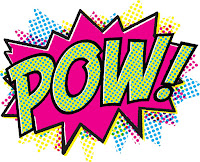 the rest of the story hit me like a ton of bricks right in the brain, right out of nowhere!  The book was sitting behind some door in my brain that was overlooked time and time again.  Suddenly, it burst through the door, ready to come out and be seen 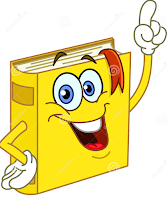 And I gotta tell ya', writing a book is no easy task.  I thought it would be like blogging, but it's not!  There's a whole lot of prep work if you're serious about it.   And I'm serious.  The truth is that I've wanted to be a writer my whole life.  I was writing stories when I was a youngin'.  There are piles of them in notebooks in my mom's garage.  (Not mine, because ours is a complete disaster of hoarding proportions)

With that all being said, I must depart and get my silly self to bed.  The brain needs to recharge or I spend valuable time every day writing drivel that makes me angry when I proof read it later.  I will tend to my blog more often, because I still have lots of ridiculousness to report and insanity to complain about.  I need you.