I Think It's Diphtheria

I really hope I'm the "1" in that statistic.  I'd hate to be considered only .866666 of a person, although some would say that I lost my mind awhile ago, so that would account for the .133334 that could be missing.

It's round three with the same damn thing that started at the end of September.  I'm sure it's just a virus, but as I was self-diagnosing myself on the internet, I found that my symptoms matched diphtheria.  It's a good think I'm not a hypochondriac.  I'd be freaking.

Allie has been sick since October 4th.  She and my mom both got sick at the same time.  My mom got over it, but Allie has been coughing and sneezing and congested since then.  Justin has been sick twice since this lovely bug showed up.  And the damn thing clearly has some sort of vendetta as far as I'm concerned.  Three times???  Have some mercy!

Over the past weekend, we were sitting in bed watching a Bar Rescue marathon, when Justin started hacking and I sneezed a few times.  He looked at me and with complete seriousness he stated, "We are going to be sick until she graduates from high, school aren't we?"

Justin is convinced that Allie brought this illness home, courtesy of her preschool chums.  We were warned that Allie would probably get sick many times during her first year at any school since she wasn't really subjected to groups of kids for her first three years. She had only had a cold once, and that started New Year's Eve 2010.  We all got sick and within a week, we were fine.  Otherwise, no germies.

I have no idea how the teachers manage to avoid it.  I'm sure they have incredible immune systems, but considering where preschoolers put their hands and mouths, it's a damn miracle that they are so healthy.  They are like anti-viral/bacterial super-heroes.  I think they must have some magical medical force surrounding them, because I can't survive the germs that ONE toddler carries around, let alone the germs of 15!

As for this evening, I'm going to try to control my snifflingsneezingcoughingachingstuffyheadwithoutrest situation by rendering myself unconscious as I scarf down some nighttime medication.

I hope you all are healthy.....may the "Pre-school Teacher Force" be with you! 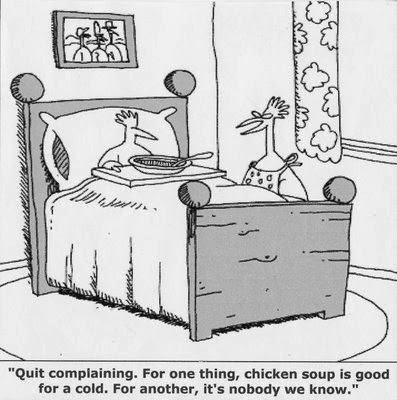 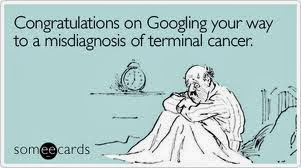