Save Your Stupid Apologies, I Don't Wanna Hear 'Em

I feel as though I have sufficiently calmed down enough to discuss the following subject:

It's something that always bothered me, but once the Paula Deen thing happened, followed by the Alec Baldwin thing recently, and now the Phil Robertson thing, I can't take it anymore.   Anyone who brings this topic up to me is bound to get an earful, because I've had enough!

I need to do my little disclaimer right here in the beginning to eliminate any potential pissedoffness that could occur if you don't read my big mouth opinion straight through to the end.  I do NOT approve of racist and homophobic slurs.  I don't care what color you are or who you crawl into bed at night with.  My mother raised us to love everyone equally and that it is inside, not outside, what matters.  Allison is being raised in the exact same fashion.  So, please be clear on my stance on those particular items.

If I hear one more person "apologize" for "offending" people, I'm going to lose my mind.  It's all bullshit.  None of it is genuine.  If these people didn't have celebrity status and major bucks to lose, they wouldn't apologize to anyone for anything.  They are being forced into saying they are sorry for their beliefs when they really aren't.

Even if it was for one minute in an entire lifetime, Paula Deen and Alec Baldwin did feel the need to use racist and homophobic terms when speaking to someone in public.  It happened.  The words are so damn common that they easily run off people's tongues  in the heat of the moment.  Even gay and ethnic people do it.  God knows the "N word" is thrown around as much as the word "you" by African American people.  I recently watched a TV show where a gay man called another gay man a "f*g" because he was so flamboyant.  These words are being used within the groups who find it offensive as well.  Somehow, they give permission to keep the language going.

I don't want to hear an apology for something when you don't mean it.  I hate it when people in my personal life do it.  You might as well just say, "I'm only saying this to get you to shut the hell up and get over it."  And that's what these celebrities are doing.  They are being forced into it to save their reputations.  Its so disingenuous.  I lose respect for them for caving in and taking back their feelings, regardless of how crappy they are.  Stick up for yourself, dammit.  If you're going to be an asshole, be a proud asshole!

And who in the hell is so "offended" by this talk?  A newscaster says "shit" by accident and has to come back from commercial and apologize for "offending" people?  What planet do these offended people live on?  They never heard this kind of language before?  And why in the hell are they taking it so personally?

Really?  Offended?  I still don't understand that.  And if you don't like what people are saying, then walk away, turn the page, change the channel, stop giving them your attention.  That's what I do with people in my own life.  Their racist and homophobic statements don't offend me.  If anything, I'm glad I get to see their true colors so I can decide whether I want them in my life or not.  If they want to be ignorant, it's their prerogative.  Their opinions don't affect me.... unless you are dragging people I love into it.

The real kicker for me was Phil Robertson.  I'm a fan of the Duck Dynasty show.  I think it's hilarious and I like their wholesome values.  They seem like people that you would want to know better.  So, Phil makes a comment in a sermon (he's a preacher) about how homosexuality is wrong according to the bible.  He states his case and then moves on.

He doesn't say that you should hate gay people.   What he says actually is factual....depending on what you believe in.  The Bible strongly implies that homosexuality is wrong.  The BIBLE says it.  That doesn't meant that it's right.  But if you are a Christian and share the beliefs amongst many divisions of Christianity, then that's what you believe as well.  He later says that he thinks people should love everyone, regardless of their lifestyle.

It's your right to have your own opinion and religious beliefs.  When that stops, we are in for a shitload of trouble here in America.   I see a trend where people are trying to take away that right and force us to believe that if you don't think like the majority, then you should say you're sorry and shut up.

This is what I need to teach my daughter?  I need to tell her that when she has an opinion that is contrary to popular beliefs she should shut up and keep it to herself?  Don't be an individual!  And God forbid you slip and say something, make sure you humble  yourself and apologize for being so offensive!

There's no way in hell's bathroom that I'm going to follow that line of thinking.  If I taught her that, I would be teaching her to conform.  No conforming.  Be you!  Be nice, but be you.  If you believe in something that hurts other people, that's a real problem, but if you believe something that is different from the masses, don't give up.  You could change the world, even if it's just a teeny bit.

What if Martin Luther King, or Rosa Parks, or Susan B. Anthony, or Betty Friedan, or Brenda Howard gave in and stifled their opinions?  They went against the majority and now Equal Rights for minorities, women and homosexuals are bursting forward.

In conclusion to the Phil Robertson drama, I'm glad he didn't apologize.  I'm also glad that he told people that we all should be kind and love each other, no matter what you believe.  He's stuck with his guns (no pun intended), but he made it nice.  I'm impressed.  I don't agree with him, but I respect him for telling his truth.

So, my job is to make Allie's truth one that is kind, loving and part of a positive contribution to the world.  It's MY job and I take it seriously.  Children learn from example and I'm trying to do my best to set a good one.  The tidbit I'll take away from this apology crap is that I want Allie to only apologize when she means it.  Don't betray your beliefs, and for God's sake, don't try to say something meaningful that you don't mean!

Much love to you all! 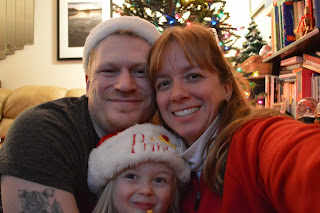 If you click on the banner below, it will seem like nothing happened, but it did!
You can close the window as soon as it opens if you like.  T'anks peeps!

Make me popular! Click below. You'll think nothing happened, but you will have voted!

Along For The Ride