On the stress meter, I'm maxed out as of 830pm tonight.  Its all "real life" drama, but I think I'm teetering on the edge of "more than the normal person can handle and stay cheerful" drama.  I'm at a high level of steatosis, apparently, according to this chart. 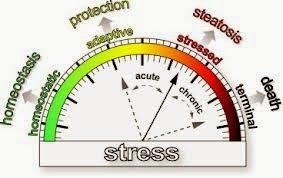 I would like to know how death ended up on this meter.  At the point of death, I'm thinking you aren't stressed at all.  Unless you were very, very bad during your stay on Earth.....then you've got new stuff going on, like flames at your ass and your worst nightmare on a continuous loop.  Otherwise, I would say that death would be in the green because everything is all relaxed.  Everything.  Hence why people poop and stuff when they die, right?  Full relaxation.  Opposite of stressed. 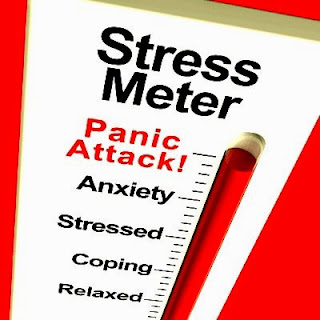 This seems like a more accurate chart.  I'm right at Anxiety and my body is not happy.  This is a real conversation that happened quite recently while getting ready for bed.

I'm laying in bed staring at the ceiling while Justin is in the bathroom brushing his teeth.

J: "Do you want something?"

Side Note for Reader: I have to mention that me asking for antacids in this house is super big doins.  When I was pregnant, Justin literally TOLD ON ME for eating "more than the recommended dosage" of Tums and Rolaids.  Ratted me out to my gynecologist right in the middle of my doctor examining my cervix.  "She's out of control.  Who knows how many she eats each day!"   "Vicki, exactly how many ARE you eating??"   It was the cervical examination that reminded me that we weren't ten year olds in fifth grade accusing each other of stealing answers on a test at that exact moment.  They didn't have that kind of exam at my school.

Me: "I SAID WE ARE ALMOST OUT!  LIKE AS IN WE HAVE NO MORE!  And don't you tell me to relax with all of this crazy drama that's going on surrounding our lives and shit!"

He rustles in the medicine cabinet and I stare at the ceiling in a more dramatic fashion, with sighing, arm flailing and head rolling.

Me: "What do you call those people who get rid of bad spirits and juju?"

Me: "Yeah.  That's it.  We need an exorcism of bad energy in our house. It's reached that level.  We have a desperate situation."

He tosses the entire bottle of Tums at me as he walks past me and mumbles,  "Sweet Jesus....."

He thought I was just being dramatic.  The thing is that I was totally serious.  Every day it was something new and after two weeks, I was getting a little freaked out and a lot exasperated.  I know that everyone goes through this from time to time, but when you're in it, you feel like it's never going to end.  God only gives you what he knows you can handle.  That's what I've been telling myself multiple times every day since this chaos started. 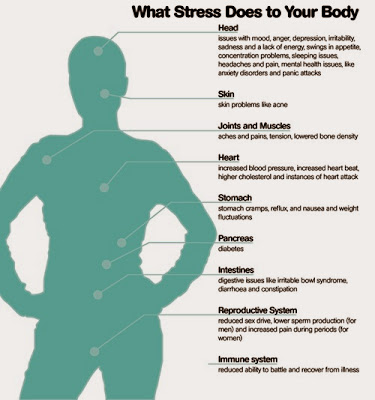 This chart confirms my belief that mental stress triggers physical problems. My mom has always said it and there is scientific proof that's she's right.  I can't confirm the Pancreas' current state, but I know that every other category has a big fat "CHECK" next to it right now, so Mom would probably stamp my Stress Chart with a big, fat CONFIRMED

While I'm busting out charts and stuff, I had to add this one.  I came across it when I Googled "Stress Meters and or Charts".  Being a parrot owner, I was impressed by how it rang true. 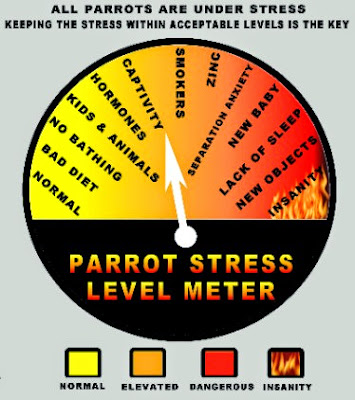 How freaking ironic is this?  Parrots and humans are quite similar in the "causes of stress" department. Everything besides "New Objects" would be on my list too. I never thought our Cleo Louise was being bitchy for the same reasons that I was!  Perhaps she's referring to me as "Bitchface" now too.  I have a newfound level of tolerance for our bird's pissy behavior.

I'm going to wrap it up for now.  You know things are getting weird when you start comparing entire species of creatures.  Let's hope for a peaceful, event-free tomorrow.  24 hours.  That's all I'm asking for.  24 hours of no drama and/or trauma.  Starting now.  Ready.....steady......GO!